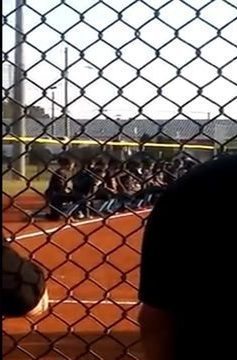 As reported by WSB-TV 2, The girls at Cedar Grove High School in DeKalb County took a knee before their playoff game. “Basically right now, the flag doesn’t’ mean what it’s supposed to, to me.” a student said.
They are following in the footsteps of NFL player Colin Kaepernick who refuses to stand for the national anthem saying, “I am not going to stand up to show pride in a flag for a country that oppresses black people and people of color.”
In a statement issued by DeKalb Schools, “If students should elect to express their free speech rights, we want to create and provide a safe space to do so. The goal is not to interfere with the students’ constitutional right to freedom of speech.”
Many Americans see kneeling during the national anthem as disrespectful. This is arguably one step short of burning the flag and is a slap in the face to everyone who has served to defend it.
I advocate for the First Amendment across the board. I hope the freedom of students to express themselves will be vigilantly defended across the political, religious, etc … spectrums.