Cross Keys Over Crowding – The Plan

Public Meetings on Redistricting Options
Why Are We Considering Redistricting?
There is substantial overcrowding in the Cross Keys Cluster. The goal is to reduce overcrowding and the number of students in portable classrooms for next school year (Fall 2016).
Criteria
The Board, upon recommendation of the Superintendent, may alter school attendance areas in accordance with Policy AD based on the following criteria: 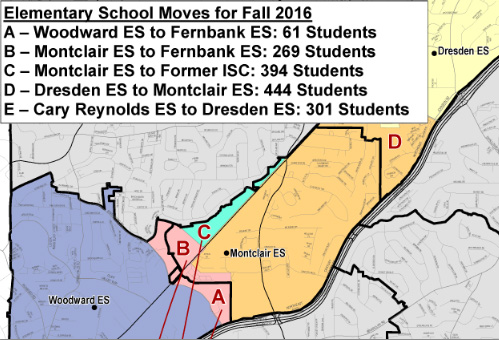 District staff also recommends the continued search for properties for two new 900-seat elementary schools to serve the Cross Keys Cluster. The District’s Secondary School Planning and Feasibility Study will kick-off (March 2016) the discussion of long-term relief for Sequoyah MS and Cross Keys HS and all other middle and high schools in Regions 1 and 2 in addition to the Clarkston Cluster. The district believes there is a major need for redistricting at elementary, middle, and high schools over the next three years for schools in Regions 1, 2, and 3, in conjunction with the Secondary School Planning and Feasibility Study and as new facilities come on-line.
The Superintendent’s recommendation will be presented for Board approval at the March 7, 2016, Board meeting. The proposed redistricting plan, if approved, would go into effect in August 2016.

This entry was posted in Cross Keys Cluster. Bookmark the permalink.

23 responses to “Cross Keys Over Crowding – The Plan”