Georgia primary runoffs are tomorrow, Tuesday 7/22. Since the single largest appropriation in the state budget is education, let’s take a quick look at the two “Republicans” left in the Georgia State Superintendent race.
Mike Buck and Richard Woods are both educators and were staunchly against Amendment 1, the charter school amendment.

Richard Woods has softened his stance on charter schools and opposes Common Core.

Mike Buck, the current State Superintendent’s Chief of Staff, defends Georgia education saying “You’ve heard a lot about the sins of education in Georgia. Just because you say it and repeat it … doesn’t necessarily make it so.”
Mike Buck appeals to the voters who see Georgia doing a “great job”, is on the course to delivering a “world class education” and agree with him that the Georgia Department of Education needs more bureaucrats. On that note, I’ve transcribed the closing statements Mike Buck gave at the 03/12/2014 Cherokee Georgia Superintendent Forum (see video here). 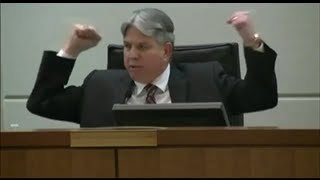 I’m not a politician, and after tonight I know why. I’m an educator and I’m a parent. I think I want what most parents want. I want a safe and orderly school environment. When I drop my kids off in the morning, I expect to get ’em back in at least the same condition I dropped them off in. I’m no different than any other parent. Everybody wants a safe and orderly environment.
I want a world class education system. Listen, I’m so competitive it hurts. At Rome High School, if there was a tiddlywinks competition, I wanted to be the tiddlywinks champion of the world. I want us to lead the nation in student achievement. I want to know that my kids are going to be educated by caring adults, people dedicated to them. I think every parent wants a teacher that will treat their children as they do at home. Frankly, I think we’ve got a lot of them.
You’ve heard a lot about the sins of education in Georgia. Just because you say it and repeat it, and it gets louder, and you can refer to various pieces of rhetoric doesn’t necessarily make it so. I can tell you some concrete metrics where Georgia is doing a good job. We haven’t hit it out of the park, we have plenty of room to improve.
Education Weekly, a national publication. One of the most respected out there. Recently, 2013, ranked Georgia #1 in connecting early learning to K-12 education, to post secondary and the world work. In 2012, real metrics, national assessments that are given across the country, the SAT, ACT, the NAPE, reading, math, science and advanced placement exams, do you know how many states in the country went up in each of those 5 assessments? There was one that went up in every one of those statements. It was Georgia.
So, I’m tired of public education in Georgia taking a beating. We’ve got room to improve. I fully acknowledge it. But, if you’re going to tell the story, tell the whole story.

This entry was posted in Charter Schools, Georgia Education. Bookmark the permalink.