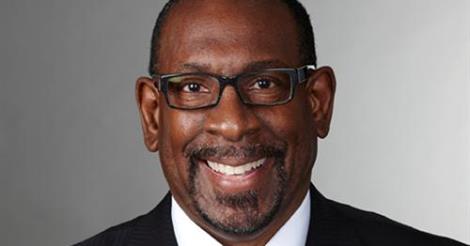 DeKalb Schools – Not a Fan of the TAD
December 16, 2015 – The City of Doraville has embarked upon a major redevelopment opportunity to create a regional mixed-use employment and activity center at the site of the old General Motors plant.

DeKalb Schools Central Office Reorganization
December 12, 2015 – “Central to this restructured design is the reallocation of resources, one that flattens the layers of bureaucracy through decentralization, placing critical human capital and other services in the field.” — Dr. Stephen Green

School Health Care Realignment of Services
October 10, 2015 – On Thursday Oct 1, ten(10) school nurses across the district were given two days notice they were being transferred to other schools. I asked Superintendent Stephen Green to help us understand the guidance the district used to make these recent school nurse reassignment decisions.

Bio
Green received a Bachelor of Science in English Literature and Composition and a Master of Arts in English Literature from Ball State University and his Principal’s Certification from Butler University. He received a doctorate degree from Indiana University in 1995 with two majors: curriculum and instruction and education administration; and an honorary doctorate from Northwest Missouri State University.
DeKalb Has a New Superintendent (05/14/2015)
Dr. Green is credited with leading KCPS back to provisional accreditation within two years of being named its superintendent in 2012. He had previously served as KCPS interim superintendent for several months.
Message From PCU (05/14/2015)
Parent Councils United (PCU) congratulates the DeKalb Board of Education on its selection of R. Stephen Green as the next Superintendent of DeKalb County School District. PCU has spent the last year advocating for a transparent and purposeful superintendent selection process. Our Board of Education has risen to the challenge, showing a unity of purpose and leadership in bringing DeKalb such an outstanding leader.
Dr. Melvin Johnson – News Announcement (05/13/2015)
The DeKalb Board has undertaken an exhaustive, open, deliberate process for selecting a new superintendent. Community involvement and input were our top priorities. Sixteen members of a community panel assisted in selecting the replacement for Mr. Thurmond. We held six public hearings around the District. More than 120 candidates from around the nation responded to our advertising and outreach efforts. With the help of our community liaison group, we selected eight very well qualified semi-finalist candidates. After conducting our in-person interviews with each of them, we quickly coalesced around Dr. Green as a uniquely qualified and outstanding candidate.
DeKalb Schools Press Release (05/13/2015)
he DeKalb County School District has a new leader —R. Stephen Green, Ed.D., 61, superintendent of Kansas City Public Schools in Missouri, will become DeKalb’s superintendent on July 1.