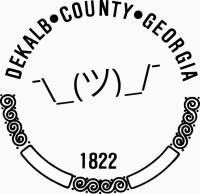 DeKalb's Challenges Ahead for 2016

Nancy Jester outlines DeKalb’s challenges ahead for 2016. Below is an excerpt from the article published in this week’s Crier.

Jester outlines DeKalb challenges ahead for 2016
By: Nancy Jester

As the New Year approaches, I’d like to share my thoughts about what DeKalb County issues you should watch for in 2016.
The budget for 2016 must be reviewed, finalized, and approved by the Board of Commissioners by March 1st. The proposed budget included no change in the millage rate for unincorporated DeKalb.
For those citizens living in cities, your county rate is lower than the unincorporated areas and is dependent on which services your city receives from the county. The good news is that most cities should see an overall decrease …
I continue to believe that the county is overstaffed and inefficiently managed. So despite some positive news for the incorporated areas of DeKalb, the budget is not aligned with the leaner more efficient service delivery strategy that I favor…
I am particularly concerned with an effort in the General Assembly to increase the taxes of newly formed cities via House Bill 711. The legislation would create a new special tax district for unfunded pension liabilities of DeKalb County…
We’ll need to keep an eye out on the proposal for the e-SPLOST V. The school district has shown a stunning lack of planning capabilities over the last 20 years of e-SPLOST. Trailers and poor conditions have proliferated in some areas while new schools were built where enrollment severely declined. The details of the proposal will determine whether it is worthy of support.
As always, DeKalb is in need of economic development outside of the perimeter area. The county and school district must demonstrate that they are capable partners by improving the business climate and academic achievement levels in DeKalb. These improvements must be coupled with a dedication to rooting out corruption and unethical behavior and practices that have plagued DeKalb for too long. Only when DeKalb is seen as a successful, ethical government and school system will real progress take hold.
Most importantly, I wish you and your families a healthy, safe, and prosperous New Year.
Continue Reading at The Crier >>

DeKalb E-SPLOST V
The proposed fifth Educational Special Purpose Local Option Sales Tax (E-SPLOST V) will be a continuation of the one percent sales tax currently paid on the sale of good and services sold in DeKalb County. A joint resolution will be developed between the DeKalb County School District, the Atlanta Public Schools and the City Schools of Decatur for the approval of a project list to be presented to the voters via formal referendum in  May of 2016 [Note: data was recently changed on DCSD website]. If approved by the voters of DeKalb County, E-SPLOST V sales tax collections would commence on July 1, 2017 and sunset on June 30, 2022.