Notes
ARTICLE VIII – Section VI of the Georgia Constitution authorizes boards of education to levy ad valorem taxes up to 20 mills for operating purposes. This section of the Constitution makes provisions for raising or removing entirely the 20 mill limitation.
In the referendum held May 18, 1971 , the voters of DeKalb County approved increasing the 20 mill limitation by 5 mills, for a total of 25 mills.
Assessments
a. Real Estate . . . In 1968 the Georgia General Assembly enacted a law (Code Section 92-5703 of the 1968 Acts) which requires that all property, for the purpose of taxation, be asessed at 40% of its present market value.
b. Automobiles … The assessment of automobiles owned by citizens of the county is listed as part of the county tax digest. The ad valorem tax is paid on an automobile at the time the license plate is purchased.
c. Public utilities .. . Public utilities are assessed as with other property, and this property is listed as part of the county tax digest. The property tax digest of each county within the State of Georgia is required to be approved by the State Department of Revenue.
MEETING OF THE DEKALB COUNTY BOARD OF EDUCATION
April 22, 1971
The Chairman stated that the purpose of the meeting was: 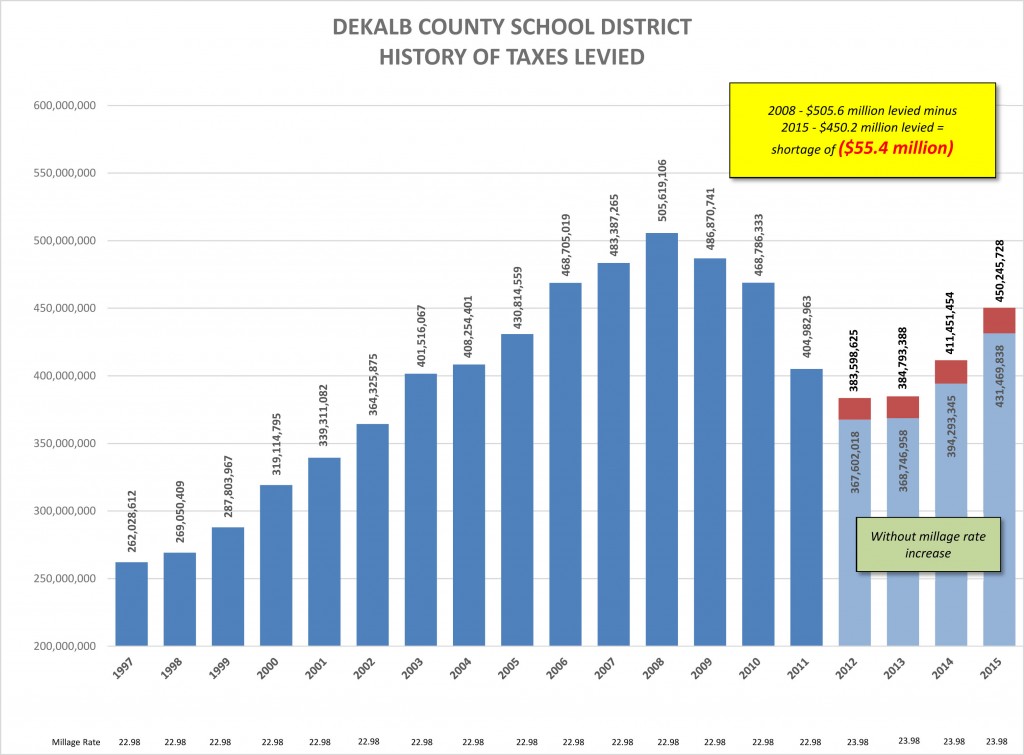