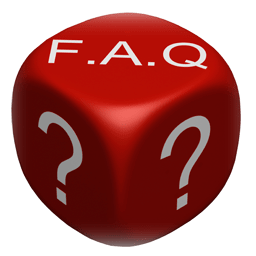 Q0. Can middle and high schools get renovations even if they don’t get an addition?
A0. The secondary schools facility planning and feasibility study has nothing to do with renovations. Renovations are driven by the Facilities Condition Assessment (FCA) and the Facility Educational Adequacy Assessment (FEAA) scores found on the S.P.A.C.E.S. webpage (data tab) [http://www.dekalbschoolsga.org/building-spaces/]
Q1. Are there maps available that show which students would be redistricted under each option?
A1. No. This study is not intended to be a specific redistricting plan. Details of future redistricting will not be considered until the Board of Education decides on the best approach to address overcrowding, which will be an output of this study. This study has made assumptions about the approximate number of students that would need to be redistricted in the future under each scenario. (Note: student move assumptions are available at http://www.dekalbschoolsga.org/documents/secondary-school-study/options-handout.pdf ) Determining exactly which students would be redistricted, and where they would be moved, is a separate future detailed stakeholder-engagement process that would take place a year prior to opening the capacity addition or new school, according to Board of Education Policy – AD, School Attendance Areas.
Q2: Where would the Chamblee magnet programs move?
A2: We are soliciting input from the public as to which middle or high schools the magnet programs would be relocated to under Option C. Option C proposes moving the Chamblee MS and Chamblee HS magnet programs, but does not provide a specific location. However, if moved, these programs would be relocated to a middle and high school with enough capacity in Fall 2022 to host the magnet program (316 middle school students and 632 high school students).
Q3: If Option C is adopted and the Chamblee magnet programs are relocated, would the current magnet teachers move with the magnet programs?
A3: If needed, for any option (A, B, or C), movement of staff is a decision that would be made the year prior to the program being moved by the Human Capital Management Department.
Q4: In developing these options, was the impact on traffic considered?
A4: Traffic was indirectly considered as we developed the options, as we do not recommend sending students long distances. Please note that more detailed traffic analyses will be performed as we develop the design for the schools.
Q5: In developing these options, was the impact on core areas (like lunchrooms) considered?
A5: Yes, the impact on core areas (cafeteria, kitchen, gymnasium, and media center) was considered for each option. The cost of expanding core areas is factored into the estimated cost for each proposed classroom addition.
Q6: Can Lakeside HS, or any other school, support the recommended classroom additions?
A6: Yes, a preliminary analyses found that each of the campuses recommended for classroom additions would be able to support the recommended expansion. Each project will present unique challenges depending on the size and age of the school, the campus layout, and whether available property exists on site, but with quality engineering and architecture, each school would be able to support the recommendations.
Q7: Under Options A and C, where would the new high school be built?
A7: The targeted area for the new high school would be generally in the Sequoyah Middle School area, in or around the Doraville/Chamblee area. Both Option A and Option C would require 20 to 40 acres of land.
Q8: Under Option B, would Cross Keys High School become a middle school?
A8: Yes, under Option B, a new 2,500 seat Cross Keys High School would be constructed at the Former Briarcliff site on North Druid Hills Road. The existing Cross Keys High Facility would be converted to a middle school and include a 200-seat capacity addition.
Q9: Why does DeKalb continue to keep one-to-one middle-high feeder patterns?
A9: DeKalb County Schools is one of the few large school districts that maintains one-to-one feeder patterns from middle school to high school. The one-to-one concept has served the district well over the years by promoting community cohesion. As the district grows, keeping the one-to-one feeder alignment creates inefficiencies in balancing the enrollment between middle and high schools. In 2016, the district made the first exception by splitting Sequoyah Middle School students between Cross Keys High School and Chamblee Charter High School. Under the proposed options, Options A and C would maintain the one-to-one feeder alignment (including fixing the existing Sequoyah split feeder), while Option B would introduce at least four additional split feeders. We are requesting input from the community on how important the one-to-one feeder pattern is in this decision-making process.
Q10: Two of the options cost a lot more money than would be available under the E-SPLOST program. How would the school district pay for these options if either is approved?
A10: The E-SPLOST program approved by voters on May 24, 2016 would provide approximately $230 million over five years for constructing new schools and classroom additions. Of that $230 million, approximately $60 million has been committed to build two new elementary schools in the Cross Keys area, leaving approximately $170 million for all remaining new construction, including new capacity for additional elementary schools. The estimated costs of both Option A ($247 million) and Option C ($224 million) exceed that amount. Therefore, if the Board of Education should move forward with either option, additional funds beyond the sales tax collections (E-SPLOST) would need to be identified.
Q11: Why not move funds allocated for other E-SPLOST categories into the “New Facilities and Additions” category?
A11: The District published the budgets for the five projects/categories prior to the May 24, 2016 vote and we are bound to those amounts allocated to the five projects/categories. Increasing the amount of funding beyond $230 million for capacity needs would need to come from other revenues (or sales tax collections above the projected $500 million, if/when it happens) and not be taken from the other four categories/projects.