Posted on November 4, 2014 by FactChecker | Comments Off on Report Card on American Education

The United States is world-class in spending per pupil, not so much in learning per pupil, and that our results for Black and Hispanic students are closer to those of Mexico than of South Korea, despite the fact that Mexico has a far larger poverty problem and spends a small fraction of American spending. 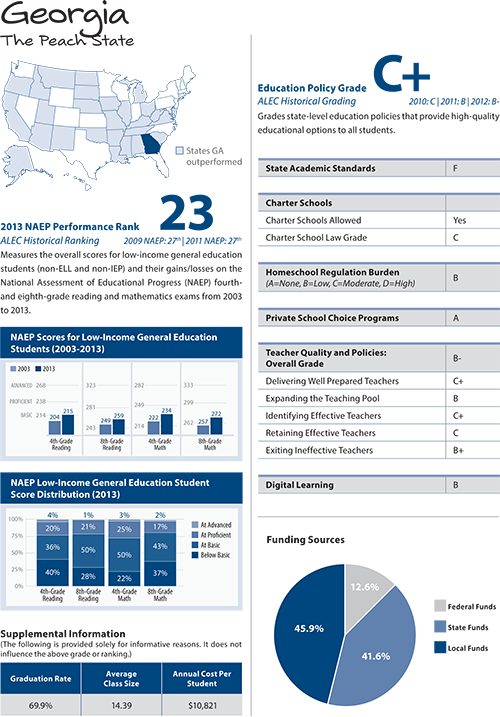 This entry was posted in Georgia Education. Bookmark the permalink.