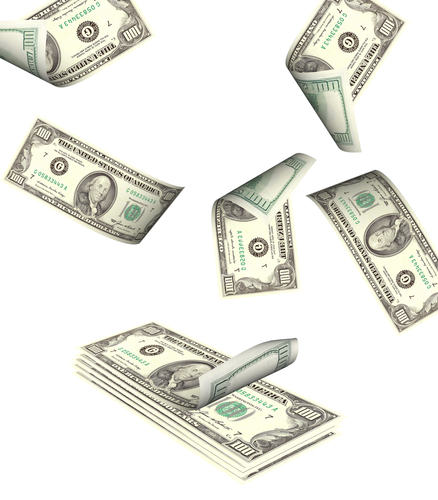 Last week Superintendent Green presented the administration’s first swing at a FY 2019 GENERAL FUND BUDGET. Revenues are expected to go up by $50 million to $1.063 billion. The administration is asking to increase expenses by $60 million to $1.080 billion.
The biggest increase is going to TRS funding; an additional $24 million over last year. This also includes a 1.1% raise across the board for all employees. A Compensation and Classification (Comp & Class) study will be coming out shortly and the raises may be adjusted accordingly.
Generally speaking, the administration under estimates revenues and over estimates expenses. It’s a lot more padded than I would like, but this gives us an idea of where we are. I recommend school councils take a glance at their school funding numbers and meet with their principal over the funding implications.

The DeKalb Schools FY2018 Budget barely passed with 4 votes.
Voting Yes: Orson, McMahan, Johnson and Turner.  Jester voted No, Morley abstained and Erwin was absent. Despite a $276 million increase in revenue over the last few years, DeKalb Schools is expected to spend more than it takes in during the upcoming fiscal year.

Deficit Spending
According to the FY2018 BUDGET ENHANCEMENTS presented at the budget meeting, DeKalb Schools fund balance is expected to start at $128 million. The school district is expected to dip into reserves as it plans to overspend the revenue from this fiscal year by $12 million.  The budget anticipates leaving the fund balance total at $116 million.
General Fund
In FY2014, DeKalb Schools appropriated $750 million. 4 years later those appropriations have increased by 37% to $1.026 billion. Even though counties like Fulton spend almost 70% of their funds in the classroom, DeKalb Schools continues to fall short of the state mandated 65% rule for expenditures in the classroom.
Millage Rate
The board voted to slightly reduce the millage rate by .1%. At 23.28, this is still the 2nd highest millage rate in the state.  Keep in mind, property taxes for the school district are based on your current assessed value.  These taxes are not subject to the assessment freeze that affects the county’s tax digest.
Teacher Raises
All employees paid on the teacher salary schedule will receive a 2.25% raise starting Oct 1, 2017.  Teachers salaries in DeKalb are expected to continue to rank in the bottom 1/3 of the Metro Atlanta area.
Non Teachers Raises
Even though DeKalb Schools is top heavy, all other employees will receive a 2% raise.  Note:  The school district is expected to perform an employee/salary audit this fiscal year.
Other Points of Interest

DeKalb School Board Budget Discussion and Vote
Part of the Transcript …
[26:35]
Stan Jester – Teachers will receive a 2.25% raise starting October 1? Will that be communicated to the teachers that it is October and not the beginning of the school year?
Michael Bell – We are working with the Communications Department on that.
Stephen Green – The rationale for waiting is around the unknowns of the tax digest and dealing with the fund balance. The raise would normally come in September, so we are adding that .25 to the 2% to make up for the delay.
Jester – Raises beging October 1, but the teachers won’t see it until October 15.
Green – Yes.
Jester – This 2% raise for everyone else is a relatively new concept. It’s been batted around and we discussed it some last week. How did we come to that 2% figure?
[28:47]
Bell – We analyzed the cost and how it would affect the budget and fund balance.
Jester – So we are giving the other employees as much as we can afford?
Green – Yes. And cost of living
Jester – We have all kinds of studies about teacher salaries. How do we know all non teachers aren’t already way over paid?
Green – We are approaching a study on non teaching staff. We haven’t had one in 5 years and have probably drifted since then … some places lower and some places higher. We’ll recallibrate with this new study.
Jester – The study we did 5 years ago said that we had way too many employees and they were all over paid. SACS came in later and said the same thing. I don’t understand why we are doing this. I’m not saying some people aren’t paid enough. We don’t know. 2% raise is big hit.
[31:28]
Bell – Keep in mind, 5 years ago we were still feeling the affects of the recession. The new study will net all of that out.
Jester – Shouldn’t we wait until that study?
Bell – I think that would be waiting too long?
Jester – Why? Are we concerned people are going to leave?
Bell – It won’t help with retention if we don’t do this.
Jester – If we have too many people and they are over paid, that shouldn’t be a problem.
[32:30]
Jester – Fulton just passed a budget. Their millage rate is 18 mills. The percent of money they are pushing into the classroom is pushing 70%. We have the 2nd highest millage rate in the state and people want that money going into the classroom …