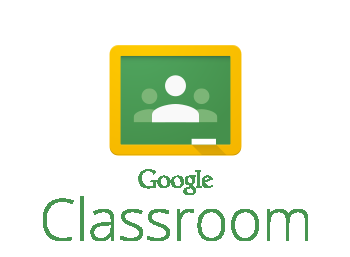 Google Classroom (Wikipedia) is a blended learning platform developed by Google for schools that aims to simplify creating, distributing and grading assignments in a paperless way. It was introduced in May 2014.
It’s free and DeKalb Schools created user accounts for every teacher to use it … and use it they did. Numerous schools across the district adopted Google Classroom school-wide including Bethune MS, Kittredge ES, Barack Obama ES, Stone Mountain MS, Peachtree MS, Druid Hills MS.
Last year DeKalb Schools purchased from itsLearning for $500K a new Learning Management System (LMS) the school district is calling VERGE. Teachers came back to school this year to find their Google Classroom accounts turned off and access to the Google Classroom web site blocked.
I don’t understand why the school district blocked access to Google Classroom. Gary Brantley,Chief Information Officer (CIO), says VERGE is “acceptable” by all teachers and provides the following commentary.
What are your thoughts? Can anybody elaborate on Brantley’s comments?

Question: DeKalb Schools provided E-Accounts access to Google Classroom. It is an invaluable and free tool used by numerous schools across the district. I believe it was recently discontinued. Can we please reinstate that access to Google Classroom? If the district doesn’t reinstate that access via their school district E-Account, then they will migrate to using it with their personal accounts. It is a much better platform when used with their district E-Accounts.

ANSWER: The district has not provided E-accounts for Google Classroom. Google classroom has been discontinued. Teachers were afforded the opportunity to retrieve any information from the system. If needed, access will be provided to retrieve information upon request. For the past two years the district has been transitioning to “Its learning” which is also known as VERGE. This is the same system but with a lot more functionality. We have been actively working with teachers to show them the awesome features within VERGE and once shown, they have all found VERGE to be acceptable for classroom needs. This training is also included in our IGNITE U training that has been a major focus over the last year.
[Below] you will find a comprehensive comparison between Google Classroom and Verge.

DeKalb’s School Choice Online Application will open at 9am on Jan 11, 2016 and will continue through Feb 19.

The district has implemented new software and has extended the enrollment period hoping to avoid a repeat of last year’s School Choice Registration – EPIC FAILURE.
Marlon Walker with the AJC is reporting, “Parents and district officials who tested the new software say the system is more user friendly, can be used on mobile devices and streamlines the process for the approximately 20,000 parents expected to register their children for about 4,000 spots in magnet schools and other accelerated programs.”
Gary Brantley, Chief Information Officer, said, “the program will email parents about any changes in their child’s status, including whether they are moved along in waiting lists and whether they are offered places in programs.”

Go to the district website at http://www.dekalbschoolsga.org/school-choice/ for more information about DeKalb’s SCHOOL CHOICE programs.