DeKalb County School District’s (DCSD) four-year graduation rate for the Class of 2020 is 75.97%.

The U.S. Education Department granted permission in the fall of 2020 for state departments of education to exit schools identified as Comprehensive Support and Improvement (CSI) based on graduation rate if the schools meet the state’s exit criteria. Columbia High School and Stone Mountain High School have met the exit criteria and are now removed from the state identified CSI Graduation Rate improvement list.

Horizon schools are the lowest performing elementary schools identified by the state as measured by CCRPI scores.

Promise Schools are the 5.01% to 10% lowest performing Title I schools in the state when ranked based on their three-year CCRPI average

Priority School is a school which has a 3-year average of CCRPI Content Mastery scores in the lowest 5% or is a high school with a graduation rate less than 60% for 2 consecutive years. 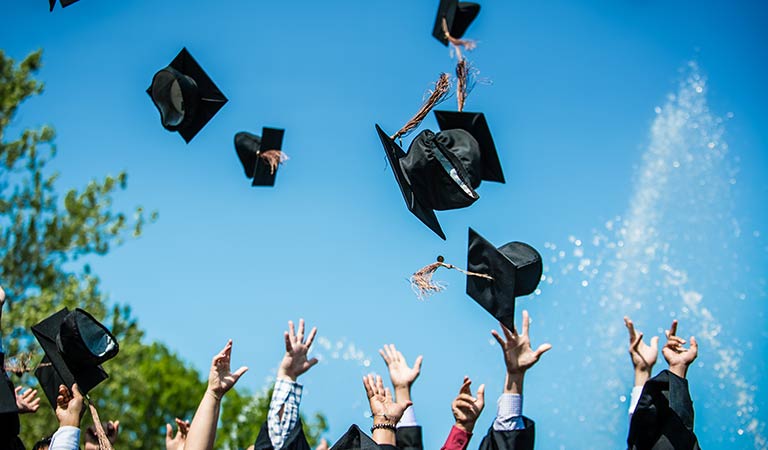 There were marked improvements in many schools across the district. How did your high school do?

2016 DeKalb Graduation Rates By High School
This is the second year that students shall no longer be required to earn a passing score on the Georgia High School Graduation Test (GHSGT) to earn a high school diploma.

2015 Graduation Rates
The DeKalb County School District graduation rate is up nearly 10% from last year. “We are headed in the right direction with improved graduation rates because of our laser focus on student achievement,” Superintendent Steve Green said. “Much more work needs and will be done to ensure our students are ready for career and college opportunities.”