Revenues are expected to be down for this fiscal year. Ditto for the tax collection rates. DeKalb School’s administration is recommending that the Board of Education, tax payers, parents and employees contemplate these budget considerations. 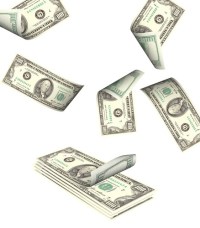 11% Reduction in State QBE Funds
The Governor originally asked school districts to anticipate a 14% ($76 million in DeKalb) reduction in the state education budget. The Georgia State Legislature suspended their session due to the Covid-19 crisis but will be returning to work on Monday. The legislature has not yet passed a budget, but they are indicating a 11% ($60 million) reduction in the education budget. As with anything at the Gold Dome, all bets are off until we see the final legislation passed and signed.

Keep Employees Working
The DeKalb Schools administration team is working on the FY2021 budget recommendation for the Fiscal Year that begins on July 1, 2020. The Board was told that the “foundation of that budget is to keep employees working…and not contribute to the unemployment rate.”

Editorial Note: I have always been an advocate for teachers and school-based workers. I pushed the district for years to improve the pay scale for these employees and was delighted when we accomplished that goal.

That being said, I am concerned about a budget process that is based on a “foundation” of “keeping employees working”. My philosophy remains that we should begin every decision making process with the student and the classroom in mind.

What preserves and protects the classroom environment? Everything should follow from that. If the first approach is how to keep the most people employed, the classroom will suffer. We’ve seen this before in the mid-2000’s.

Budget Constraints
These are the big budget issues to consider:

Instructional Support Specialists (ISS)
Administration emphasizes the focus on not reducing the work force. On that note, one of the administration’s recommendations is to realign Instructional Support Specialists (ISS) to fill teacher vacancies. Using ISS employees to fill teacher vacancies will save the school district $16 million.

(Update)Title I can fund Academic Coaches, but Title I funds cannot currently fund ISS as the job description exists today. As you can see from the comments in my last article, ISSs have fluid responsibilities as defined by each principal at each school. In order to use Title I funds, DeKalb Schools would have to write a job description that is not fluid and submit it to the GADOE Title I office for review and approval.

The Coronavirus Aid, Relief, and Economic Security (CARES) Act was passed by Congress and signed into law by President Trump on March 27th, 2020. This over $2 trillion economic relief package is intended to protect the American people from the public health and economic impacts of COVID-19. Learn more about the CARES Act >>

DeKalb Schools is receiving $33.5 million in CARES Act monies. The DeKalb Schools administration has put together this menu list of options to spend the Cares Act money on.

Furlough Days Buy Backs
Considering buying back some of the furlough days mentioned above.

K-5 Chromebooks
Chromebooks were originally purchased in K-5 so there would be 1 Chromebook for every 2 students. This obviously doesn’t work in virtual learning environments. It would be roughly $3 million per grade for K-5 to buy additional Chromebooks for a 1 to 1 ratio of elementary students to Chromebooks.

Editorial Note: Revenues in FY2014 were $787 million. The proposed budget for FY2021 is $1.153 billion. Since FY2014, the number of students has decreased yet the budget has increased by $366 million. If you recall, Governor Kemp’s $3,000 raise for teachers last year cost the school district $35 million.

My point … I’m not happy that only half the increase in revenues has gone to the classroom yet we are going to balance the budget on the backs of teachers.

The issue of teacher pay has been a focus of my tenure on the Board. I have fought to push more money into the classroom and away from wasteful spending at the central office. Improving teacher pay is the biggest way to accomplish this goal. I am glad I was able to effectively move the needle on this important metric. 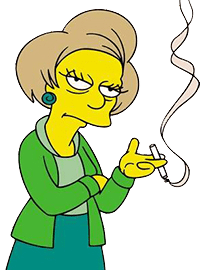