Adjusting for the latest enrollment projections, the school district will now be adding 1,000 seats to Dunwoody High School (DHS). This is just insane … but it’s the plan. 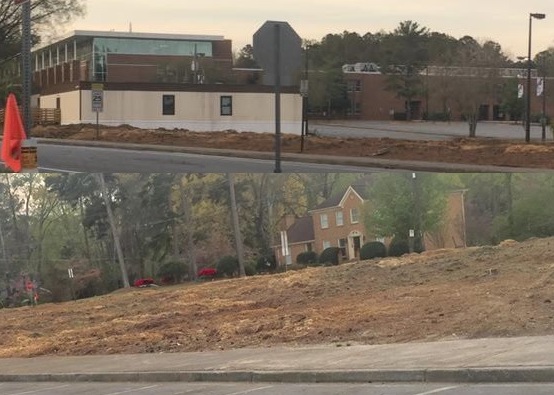 The current capacity for DHS is 1,505 students, while actual enrollment is currently 2,100 students.

DeKalb County School District (DCSD) has updated the long-term enrollment forecasts for each school year from the Fall of 2019 through the Fall of 2025. While I believe the Dunwoody 7-Year Enrollment Forecasts to be woefully under estimated as usual, even with these conservative estimates, Dunwoody HS enrollment is expected to exceed 2,300 by 2021.

Over the last decade, I’m sure you’ve noticed that the school administration insists that enrollment is going to stop going up. In their forecast enrollment data modeling, DeKalb Schools is currently insisting that High Street will only be a total of 1,500 units.

Richard McLeod, Director of Community Development for the City of Dunwoody, state this week that

There are 3000 residantial untis approved for [High Street] to build. One half (1500) of them will be apartments and the other half (1500) will be condo … I have a meeting scheduled in April with the developers to discuss the plans. They state that they are going to break ground in October or November of 2019.

Over the last 4 weeks, I have sent numerous emails to the Superintendent and Interim Chief Operating Officer Dan Drake asking why they believe High Street will only be 1,500 units. I have not received any explanation yet. If High Street builds 3,000 units over the next few years, DHS is in trouble.

I’ve blogged ad nauseam how building additions are terrible for the community. The Dunwoody High School Council has pleaded with the board and administration to address the Overburdened Common Spaces.

The DHS band room is the basement dungeon, choir has no room. There will be no additions to most of the common spaces like the gym, locker rooms, fields, storage, or administrative offices. The adjustments to the cafeteria, kitchen and parking are laughable.

This entry was posted in Building Additions, Construction. Bookmark the permalink.

73 responses to “1,000 More Seats Are Coming to Dunwoody High School”