On Tuesday, July 24, Georgia will hold a primary runoff election. Republican Brian Kemp and Casey Cagle will go head to head to see who will face Democrat Stacey Abrams for Governor in November. 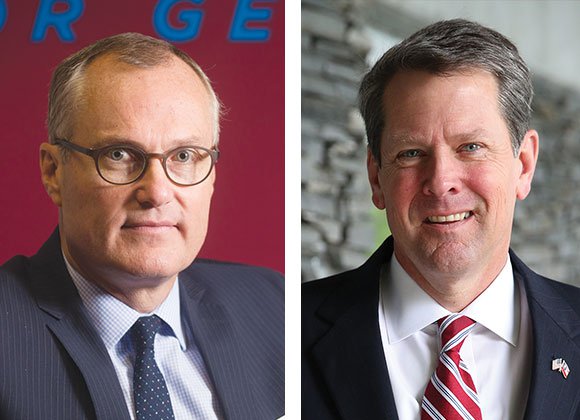 In recent weeks, a tape surfaced showing that Casey Cagle supported legislation in order to prevent one of his opponents from getting campaign support. The legislation expanded a tax credit for Student Scholarship Organizations. I realize that there are people on both sides of this issue. Regardless of your opinion on this legislation, or any other issue, I hope we can all agree that it is shameful to use children and parents as pawns in order to direct or prevent specific campaign donations.
Subsequent to the revelations in the tape of Casey Cagle’s conversation with former candidate Clay Tippins, several former candidates running for Governor have endorsed Brian Kemp. Both Hunter Hill, who finished third, and Clay Tippins, have endorsed Brian Kemp. Georgia Speaker Pro Tem, Jan Jones, has also endorsed Brian Kemp. Of course, Nancy and I endorsed Sec. Kemp quite early on in this run-off and did so on the basis of his character and commitment to the people of Georgia.
Brian’s plans for education in Georgia center around doing what is best for the individual child. He joins those of us that think students and teachers are burdened by too many standardized tests. He wants to reduce this burden. He knows that our educational funding formula remains outdated. He knows that Georgia still has problems with educational standards and curriculum. He knows that Georgia educational outcomes need to drastically improve.
If you voted in the May 22 primary, you must vote in the same party’s primary for the runoff. Voters who didn’t participate in the primary may choose to vote in either the Democratic or Republican runoff.
For specific times and locations for early voting, find your county’s information here.

This entry was posted in Georgia Education, Governor. Bookmark the permalink.

5 responses to “GOP Governor Runoff – Kemp has the Mo”