DeKalb Schools might have a consistency problem with the First Amendment.

Back in October, the girls at Cedar Grove High School in the DeKalb County School District (DCSD) took a knee before their playoff game. In a statement issued by DeKalb Schools, “If students should elect to express their free speech rights, we want to create and provide a safe space to do so. The goal is not to interfere with the students’ constitutional right to freedom of speech.”
I advocate for the First Amendment across the board. I hope the freedom of students to express themselves will be vigilantly defended across the political, religious, etc … spectrums.
STRIPPED OF HIS LIBERTIES … 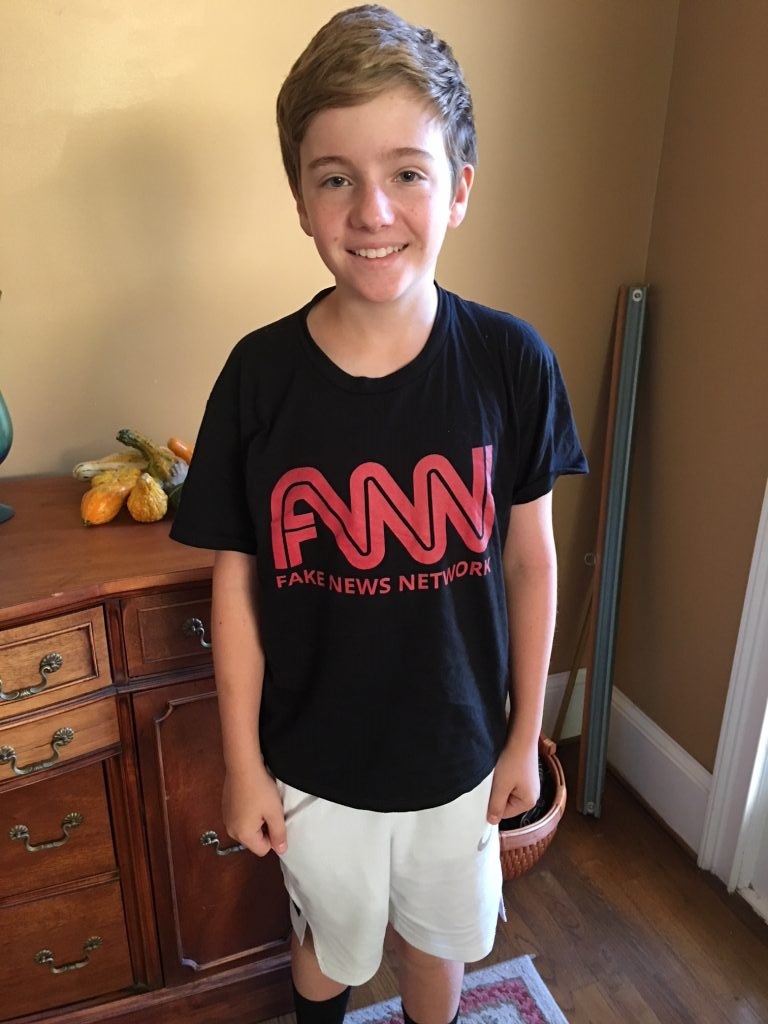 CNN is a popular destination for school field trips across the state. Every year the 7th grade at Peachtree Charter Middle School tours the CNN studios.
This year when the CNN tour was announced, my 7th grade son Jaxon asked me if he could purchase an FNN-Fake News Network shirt to wear for his field trip. As an advocate for the First Amendment, I agreed to his request. He picked out the shirt he wanted and and ordered it from Amazon. His mother cautioned him that he might cause a controversy and needed to be prepared for that. He was fully aware of the implications of his decision and made the affirmative choice to wear his shirt.
Nancy took his picture this morning as he left for school. We received a phone call from the principal at the middle school this morning informing us that he was forced to change his shirt.
I’m disappointed by the hypocrisy of this decision. Some students are celebrated when they make a controversial display during the National Anthem. My student was forced to remove his shirt because someone didn’t like it. I defend speech and expression, even if I disagree, or it makes me uncomfortable.
Says commenter Max Baerman, “[This] could have been a great teachable moment about Yellow Journalism and the scathing and at times libelous editorials”
This experience is teaching my son an interesting lesson.

This entry was posted in DeKalb County School District and tagged Freedom of Speech, Second Amendment, Trump. Bookmark the permalink.