Question: Can we systematically weed out our lowest performing principals? 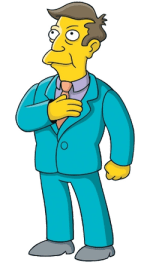 The DeKalb County School District serves nearly 102,000 students, 137 schools and centers, and 15,500 employees. If we can agree that some principals are better than others, is it possible to fairly and accurately implement a systemic evaluation system? DeKalb Schools says “Yes We Can”.
What’s the plan?
The DeKalb County School District (DCSD) has developed its own data-driven process to evaluate the school house principals’ consistent academic progress of its students. This process has culminated in the reassignment of numerous principals.
The principal evaluation process rates the leaders of all DCSD schools using five indicators. All principals meeting these requirements have officially been reassigned and have the ability to apply for other non-principal positions within the district.

Update from Superintendent Stephen Green (May 13 @ 4:45pm) – Criterion #5 only applies to schools that were already on the focus or priority list. If they were on the list during the indicated time frame and then demonstrated the kind of growth/improvement to exit the list, then they would be removed from DCSD SBL Reorganization consideration. If they were not already on the list in the first place, then that criterion is not applicable.

School Based Leadership (SBL) Reorganization
9 principals met these requirements this year. Therefore, the elementary schools that will receive new leadership include: Dresden, Rock Chapel, Panola Way, Oak View, International School Center, Shadow Rock, Stoneview, Flat Rock and Snapfinger.
DCSD will begin the search immediately to find a highly-qualified leader to serve at those campuses impacted by the reorganization through a pool of high-performing assistant principals, traditional applicants, and through its Leadership Training program.

“Leadership at the school level is often the most significant factor in a school’s ability to raise the bar on achievement. We have the supports in place for schools to do better. Now with this new measurement tool, we will ensure more effective leaders at every campus,” said Superintendent R. Stephen Green. “Oftentimes, turnover is a by-product of turnaround. This component of the system provides a safeguard to ensure schools avoid stagnant achievement levels. We thank the current principals for their service.” –Stephen Green

Four principals removed from their seats at DeKalb County elementary schools in May by Superintendent Steve Green will become teachers at different schools in the district.
Three others accepted new administrative positions. Two others retired.
Green said he was reassigning nine principals with hopes that new leadership would lead to better student outcomes.
District officials said former principals Ledra Jemison, Ethan Suber, Dominique Terrell and Karen Williams accepted teacher contracts. Michael Williamson became an instructional technology manager, Zack Phillips will be a coordinator in the early childhood division and Rodney Mallory will be an assistant principal.
Terry Segovis and Sylvia Pilson retired from the school district.
Continue Reading >>
This entry was posted in Principals. Bookmark the permalink.