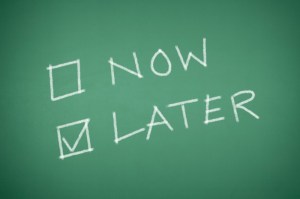 July 2016
Conceptual plans were created for adding more classrooms to Chamblee Charter HS, Dunwoody HS, Lakeside HS and Peachtree Charter MS.
August
School councils were asked if they would like 1) classroom additions and renovations or 2) have the student population reduced via a new Doraville cluster.
September
Many school councils, like Dunwoody HS, requested the renovations and the 600 seat classroom addition saying they are “really embarrassed by some of the facilities at DHS”.
October
During the time DeKalb was asking parents and school councils to weigh in on how e-SPLOST should be spent, they released specific dollar amounts that each school would receive for its addition and renovation. After parents and school councils gave their opinion, the administration reduced the budgets by as much as 35% for additions and renovations at Lakeside HS, Chamblee HS, Dunwoody HS and Peachtree Charter MS.
November
The administration released the conceptual plans that were created in July for the additions/renovations. None of the plans include substantial improvements in common space.

December
Dunwoody, Chamblee and Lakeside cluster school councils ask for a delay on the vote for Category II of the E-SPLOST Project List until the actual projects are better defined to avoid any confusion and misunderstandings about what the building renovations and additions entail.
If these common spaces are not addressed, in the case of Dunwoody High School, the community will end up with 600 more seats but little in the way of common space improvements for the students they already have, let alone the additional seats. The same thing appears to be true for Chamblee and Lakeside. The bottom line: more seats and less common space per student. That is not acceptable.
Request for 60 Day Deferral Vote on SPLOST V Funding
From: Dunwoody High School Council
Date: December 2, 2016

DeKalb County School Board and Leadership,
This letter requests that the BOE defer a final vote on SPLOST V funding for a period of 60 days. Despite being an overcrowded school in need of relief as soon as possible, we feel it is critically important to ensure that SPLOST money addresses critical and long-standing needs at DHS, and the information provided to date is not sufficient to ensure this will happen. This is what we would like to see accomplished in a deferral period:
1. Further information on the exclusion of gym capacity in our addition as well as a reconsideration of this exclusion.
2. Further clarification on specific items that will be included within an addition at DHS. We would like to work out specific classroom types that will be included in our addition.
DHS’s last major SPLOST project, while very beneficial to the school, did leave off an Arts wing that many had thought was to be part of the project, despite the project being completed under budget. We would like to avoid this type of confusion this time.
3. We would like to go over all proposed addition square footages and associated calculations that went into those. As it relates to GA DOE state criteria for common spaces, we see it as prudent to incorporate a safety factor to allow for the continued growth that is likely to happen throughout DCSD beyond 2022 to avoid the types of challenges overcrowded schools like DHS currently face. The current information does not provide any specifics on the approach to get to the expansions included within the plan.
Sincerely,
Dunwoody High School Council